10 VI (4.45 Warsaw time) Teresa Wolińska (Uniwersytet Łódzki), Was Al-Harith (Arethas) a king? The Use of the Title of Basileus in Procopius’ Writings 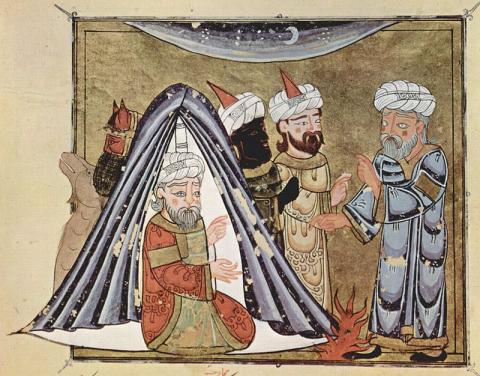 In order to ensure the safety of their eastern provinces, Byzantine rulers strived to create a buffer zone between their lands and those of Persia and to maintain permanent alliances with certain Arab tribes. In the 6th century the tribe of Ghassānids was selected as the main ally of the Eastern Empire.

During the reigh of Justinian I the leadership of the Ghassānid  tribe passed to Al-Ḥarīth II ibn Djabala al-Ghassāni (Arethas) from the Djafnid family. According to Procopius of Caesarea, emperor Justinian I granted Arethas a royal dignity (ἀξίωμα βασιλέωϛ). While the fact that during the reign of Justinian I other foederati of the Byzantines were subjected to the rule of the Djafnids is rather uncontested, Arethas’ royal title has long been the subject of a hot debate.

It is necessary to look in detail into the issue of Arethas’ title in the context of such notions as king/emperor (basileus), royal power and royalty in the works of Byzantine writers, especially of Procopius. Particularly interesting sound the titles of Barbarian rulers - of Hephtalites, Axumites, Goths, Wandals, Ethiopians, Lazi and others. An analysis of particular cases where the Byzantine chronicler is using the word basileus to define alien countries’ rulers will allow to see the case of Arethas in a wider context and to answer the question if his case was so exceptional indeed.