21 I (4.45 Warsaw time) Damian Mrugalski (OP), Could Plotinus have been influenced by Jewish and Christian thought? The history of the notion of God's infinity 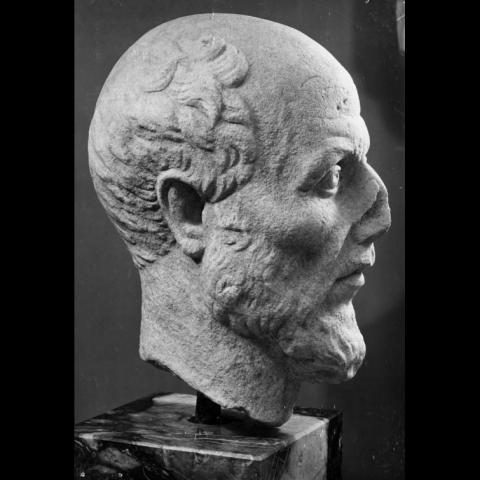 A common thesis, which appears in many handbooks of the history of philosophy, monographs and encyclopedias says that only Plotinus (3rd century A.D.) was the creator of the positively understood notion of infinity. Christian theology is thought to have accepted this idea only in the 4th century A.D. It was precisely Gregory of Nyssa, inspired by the thought of Plotinus, who implanted the doctrine of infinity of God in the Christian field. Before the emergence of Neoplatonism the notion of infinity usually had negative connotations. Something infinite is indefinite, incomplete and therefore imperfect.

However, as I have demonstrated in my preliminary research, this thesis is incorrect. In fact, a positive understanding of infinity appeared in both Philo of Alexandria (1st century A.D.), Clement of Alexandria (2nd / 3rd  century A.D.), and Origen (3rd century A.D.) and was used not only in metaphysics (theology) but also in anthropology and ethics. In the same period, that is from the 1st to the 3rd century A.D., a negative understanding of the concept of infinity still prevailed in the writings of pagan Middle Platonists. According to Plutarch, Alcinous, or Numenius, it is matter that is infinite, not God. Thus, the question arises as to whether Plotinus could have known and been inspired by the doctrines of Jewish and Christian thinkers operating between the 1st and 3rd centuries A.D. Regardless of the answer to this question, the aim of the intervention is to establish the correct genetic trajectory of the development of the concept of infinity in the history of philosophy and theology. It may also shed a new light on the process of mutual interaction between Greek philosophy and Christian thought in the first centuries A.D.

Perhaps it was the allegorical interpretation of Scripture that led to a new philosophical concept, which was later adopted and developed by pagan philosophers, starting with Plotinus. But is it possible to prove the influence of Christian theology on the system of the founder of Neoplatonism?