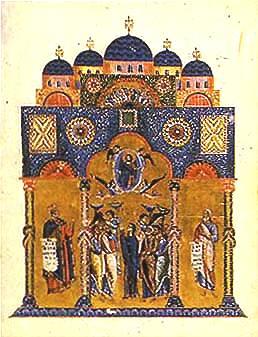 15.00: Nikolaos Karydis, From Ephesos to Constantinople: The architectural model of Justinian's church of the Holy Apostles.

P. Petra IV.39 (Inv. 83) is a sixth-century CE papyrus document, part of an archive of carbonized texts excavated from a Christian Church complex in the ancient city of Petra (present- day Jordan). It records a dispute settlement agreed between owners of neighbouring properties, stretching back over several decades. The complaints listed in the document are multiple and include accusations of theft, unpaid debts, and arguments over legal rights to water-acquisition, access and use. According to the text, attempts to settle these disputes had also been multiple and included appeals to a Christian bishop, the leader of a (pre-Islamic) Arab tribal federation and a number of Roman-Byzantine state officials. Building on the scholarship of Maarit Kaimio and Marzena Wojtczak, my paper will use the specific case of P. Petra IV.39 as a springboard to explore how (localised?) legal orders were created out of 'multiple normativities’ in Late Antiquity. How might this approach help us to re-think broader ‘Law and Empire’ frameworks of analysis?